At the end of a hot day, the air inside a home heats up and becomes stuffy, especially on second floors. A whole house fan draws cooler outside air in through windows and other spaces throughout a home, causing the temperature to drop. When it's cooler outside than inside, around 8pm in summer months, homes can easily be cooled off by opening a bedroom window and turning on a whole house fan. This will create a breeze that can make a huge difference when you are ready to get to sleep.

We sell and install quiet, cooling Hunter and Casablanca ceiling fans. Ceiling fans can help you reduce your energy use all year long. Hunter estimates that using their fans all throughout the year you can save up to 47% on summer cooling coast and up to 15% on winter heating bills. Many Hunter fans carry the ENERGY STAR symbol and some models are equipped with highly efficient compact fluorescent bulbs, making them California 24 compliant for maximum energy savings.

Cooling the attic causes the ceiling below to radiate less heat and allows the home to cool. Attic fans expel hot attic air and draw in cooler outside air, even if it is 100 degrees outside. It will still be cooler that the stagnant attic air! Attic fans are thermostatically controlled to run when it gets hot in the attic, whether they are gable mounted or roof mounted. Because they run a lot in our summer, they don't last more than 5 or 10 years, but they are not expensive to replace after the wiring is in place.

Current code requires that any new or replaced exhaust fan be controlled by a dehumidistat—a sensor that can be mounted in place of a wall switch that automatically turns the bath exhaust fan on when condensation and humidity is present, reducing the growth of mold and mildew. The Panasonic Whisper Sense has a built-in dehumidistat.

How long would I run it?

That’s entirely up to you. Some people just use it to flush out there house of hot air, but the most benefit comes from leaving it on long enough to cool down the mass of your house (more quickly than would happen naturally). People who enjoy a breeze at night may leave it on for several hours (I generally go 4 hours). Usually by the middle of the night the air is pretty cool and your room has cooled down enough that you don’t need it after that. Most fans are two speed, so you can use a low speed at night. We always install a 12 hr mechanical timer, so the fan can turn off automatically after you set it for a certain amount of time.

What about the High tech ones I see on the internet?

We use these models whenever we have to because of clearance problems or when a client’s concern about heat loss and gain through the metal shutters overshadows their need for air movement. The high tech models (Tamarak and Airscape) offer insulated doors that help with energy efficiency, but they have only a fraction of the air movement of the bigger units (we use Triangle Engineering belt driven models) and they can actually be noisier because they use small high speed fans instead of one big low speed fan. The high tech fans are pricey but easy to install. An Airscape 1.7 moves 1700 cubic feet per minute whereas a 30” Triangle belt driven fan will move over 7,000 (both at high speed)

Belt driven fans are quieter than direct drive fans because the blades turn slower. They move more air because they are bigger and the blades have a higher pitch. The sound from a direct drive fan or high tech axial fans is a higher pitch whereas belt driven fans are lower, more like a rumble. The quality of the shutters can also affect noise. Some shutters can rattle.

Are there any situations where a whole house fan is impossible?

What about the furnace?

An interlock is required that prevents the furnace and the whole house fan from being on together. There are a few ways to do this. We use a relay to interrupt the power to the gas valve when the fan is energized. This allows power to the thermostat to remain uninterrupted so automatic programs are not affected.

Does the framing have to be cut?

If you have a truss system that supports your ceiling and roof, the trusses cannot be cut without engineering. If a 30” or 36” belt driven fan can be centered on a truss, usually in a hallway, there are special shutters that allow for this. Otherwise, a Tamarack or Airscape type fan can often be installed between the trusses. If there are no trusses, we usually cut a ceiling joist and frame for the larger fans.

How do I know if my attic has enough venting?

The performance of a fan depends on how much back pressure there is in the attic. The more ventilation you have in the attic (gable vents, dormer vents, eave vents, and ridge vents), the more air your fan will move. If attic ventilation is really poor, the motor on the fan could overheat and fail and its performance would be poor.

Is there any maintenance required?

Not really. After 5-10 years on a belt driven fan, the belt might have to be changed. 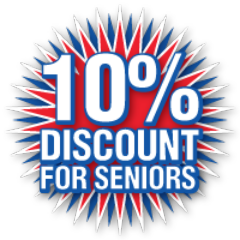